The “birthright” of every man, woman, and child born on American soil is liberty.  A gift given by virtue of our birth and established by the blood of our Founding Fathers.  In these times, what  can those who love liberty do to reverse the erosion of freedom in America? 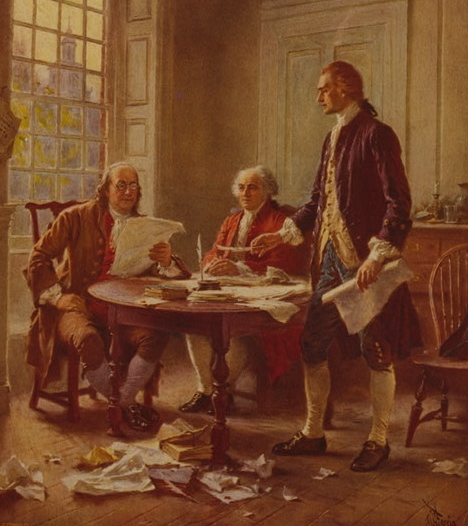 One of the first things (if not the first thing) we can do is to educate ourselves about the founding of our nation and the origin of our birthright(s).  Then, we need to teach those correct principles of liberty to our families and neighbors, being careful to provide the historical context that justifies our freedoms.  And finally, as a result, in a day when serious economic troubles will inevitably come to America, those who love liberty will be able to stand firm in safeguarding and preserving freedom against those who would transform it.

Statists will (in critical moments of economic duress) claim they can “help” those effected by calamity.  However, they will insist that they can only help if we first give up our “selfish” expectations of individual liberty as defined in the Bill of Rights.  Like Esau of the Old Testament, Americans will have a critical decision to make – will they choose a bowl of gruel (or a free cell phone, or health care, or food, etc.) to fill their bellies for short-term relief, or will they choose to retain the priceless inheritance of freedom?  As it stands now, sadly, I think many Americans would ignorantly choose short-term “promises” of security over God-given liberties.  This may be because, like Esau, many Americans are oblivious to the immeasurable value of the sacred birthright they hold.

We, who love liberty, must have an alternative plan before America slips into economic desperation.  When the statists offer their bowl of entitlements for a false sense of security, it will come with a heavy price.  At that very moment, we must be prepared with a counter offer to help those in need — but our motivation should be love – not contempt.  We must give of our substance and knowledge to liberate with no strings attached and with only one expectation, that they pass the generosity forward.

Under the paternal banner of “saving us from ourselves”, the “elite” have already used overpopulation, global warming, overconsumption, inequality, and economic hardship to “nudge” us into trading real liberties for cheap imitations of freedom.  Their versions of freedom are false, reframed, watered down “permissions” that individuals must first obtain from government before they are allowed the “privilege” of exercising their rights.  Rights, which government erroneously claims is its responsibility to distribute “fairly.”   Wisely, the Founders understood that we are endowed by our Creator (born with) certain inalienable rights and that government cannot give what it does not have, which, ironically, is the very motivation and objective of Big Government.

In American history, we find that the Founders believed in what are sometimes called “negative” liberties which are outlined in the Bill of Rights.  The Bill of Rights states what Americans are to be free from – what the government can NOT do to “we the people.” However, today, government is selling “positive” liberties – things  the government provides to a favored population; but, they can provide them only by robbing or infringing on the individual liberties of another targeted social class.  Ironically, positive liberties enslave both groups to government.  The favored group becomes dependent, (stunting their potential as they wait for government to provide for them) while the targeted group is immobilized by the burden of taxes.  By replacing the Creator as the giver of rights with government, the power and control over individual lives is taken from “we the people” and rests it in what our Founders fought against…an all-powerful ruling class.

Through service to our neighbors, the advantages of retaining our birthright of God-given liberty over dependency on government will again become “self-evident” to every American with any trace of freedom remaining in their veins.  However,  it may be that our nation must first crash and burn before it can rise again like a Phoenix, sanctified through fire, to receive its true inheritance.   I sincerely pray that this is not required; “but if not”, let us be the first to rise, holding the keys and bearing the responsibility and knowledge to lead with humility, knowing that only Providence can light the true course before us.  We will be the key, but only if we stand in the blaze of His truth.