Much noise has been made over Barack Obama’s declaration in the closing days of the 2008 election that “We are five days away from fundamentally transforming America.”  His words are ironic considering that the progressive movement has been transforming America and revising its history for well over 100 years.

Historians generally assert that the progressive movement in America lasted from 1900 – 1914.1  It is believed that since the “progressive” label was first used in a political context toward the end of the 19th century, the movement sprang into existence from a single generation at the turn of the 20th century.2  However, in reality, the movement’s roots run much deeper into the historical fabric of the 19th century than many realize.  Similarly, the progressive movement did not end in 1914; instead, it’s been quietly gathering momentum throughout the last century and is much stronger today than it was during that time period.

America’s transformation over the last century has not been through a natural, evolutionary turn of events as many modern progressives assert.  Sadly, America’s migration away from its founding principles has been a selective process of manipulation. Unlike the Founders who gave birth to the nation through the monumental event of the revolutionary war, progressive changes to the Republic have been incremental, thus, making it hard to pinpoint one particular moment when the course of the country shifted.  Similarly, it is easy to identify the founding fathers of the Republic, but, due to the subtlety and the extended length of time, it is more difficult to identify the founding fathers of the progressive movement.  To understand the rise of the movement, I have broken progressivism into three defining periods of progressive ideology.  They are listed below.  Each period will be discussed in separate blogs — The Progressive Movement: Parts I, II, and III.  This article (Part I) will examine the first period: Formative Progressivism and three formative progressives who, knowingly or not, laid the foundation for the modern progressive movement that followed.

The Founders established the foundation for a republican form of government which drew economic strength through capitalist principles.  However, the “founders” of the progressive movement established a foundation upon which socialist policies were later justified.  Three formative progressives who will be highlighted in this article are Alexander Hamilton, John Marshall and Andrew Jackson. Along with laying the ideological foundations of the progressive movement, they also established precedent for later progressives like Theodore Roosevelt and Woodrow Wilson.  While the formative progressives of the late 18th and early 19th century were unlikely able to foresee the structure that would later be built upon the precedents they established, their foundational role paved the way for the movement to take fire.  For this reason, they are referred to as “founding fathers” of this movement.

Generally speaking, formative progressives like Alexander Hamilton, John Marshall and Andrew Jackson sought to institutionalize a loose interpretation of the Constitution.  In other words, they wanted more flexibility to expand the powers of the federal government when it was convenient, or when they believed it was expedient to do so.  However, the vast majority of the Founding Fathers understood the simple notion that there were only 18 “enumerated powers” given to the federal government as outlined in the Constitution.  Moreover, the 9th and 10th Amendments in the Bill of Rights were included to further reinforce the principle that any rights not outlined in the Constitution belonged to the states or to the people. The Amendments state:

Amendment IX:  The enumeration in the Constitution, of certain rights, shall not be construed to deny or disparage others retained by the people.

Amendment X:  The powers not delegated to the United States by the Constitution, nor prohibited by it to the States, are reserved to the States respectively, or to the people. 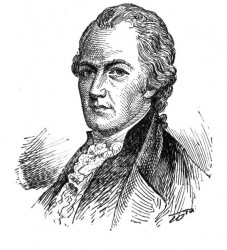 Alexander Hamilton:  Contrary to the 9th and 10th Amendments, Hamilton believed that if the Constitution did not expressly forbid an action, then it was the right of the federal government to act if it was so inclined.  Hamilton argued against Thomas Jefferson, for example, that as the Constitution was silent on the establishment of a National Bank, the government was free to establish one.  Hamilton asserted “that every power vested in a Government is in its nature sovereign, and includes by force of the term, a right to employ all the means requisite, and fairly applicable to the attainment of the ends of such power; and which are not precluded by restrictions and exceptions specified in the constitution, or not immoral, or not contrary to the essential ends of political society.”3  In plain terms, Hamilton felt that any time the Constitution was silent concerning a matter, the federal government could do what it wished. However, if that were what the majority of Founders believed, why would they have written and ratified a Constitution that outlined 18 specific powers for federal government?  Why would the Founders have included the 9th and 10th Amendments in the Bill of Rights?

Another similarity between modern progressives and Alexander Hamilton was that “Hamilton believed that Republican government could only succeed if directed by a governing elite…”4 At the constitutional convention of 1787, he proposed a system of government that became known as the British Plan because it so closely mirrored the British monarchy.  It is noteworthy that “Hamilton, who had never left America, wished to make his country a new Europe.”4  While, Thomas Jefferson, after visiting Europe, understood European governments and , “…wished America to be as unlike it as possible.”4 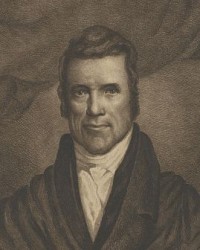 ohn Marshall:  After John Adams lost reelection to Thomas Jefferson in 1801, Adams made a number of “midnight” appointments, including the appointment of John Marshall as Chief Justice of the Supreme Court.5  Marshall went on to serve in that capacity for 34 years until his death in 1835.  During this formative stage of our Republic, the Marshall-led court was highly influential in reinforcing the unconstitutional notion of implied powers (the same notion held by Hamilton), which is that Congress could legislate regarding any matter that is not expressly prohibited by the Constitution. 6   Sadly, in the 1819 decision of McCullough v. Maryland, written by Chief Justice Marshall, this concept of “implied powers” received judicial approval by the Supreme Court, thereby endorsing a broad interpretation the Constitution and solidifying Hamilton’s earlier minority view:  “The decision also reinforced the supremacy of federal law over state law when the two conflict.  The landmark ruling became the basis for key Court decisions throughout the nineteenth and twentieth centuries supporting congressional activities.”7

When reviewing what the Founders actually wrote in the Constitution, it is apparent that the Founders (Hamilton excluded) believed that the states and the people retained all powers not delegated to the federal government.  James Madison, the primary author of the Constitution, wrote in Federalist Paper #45: “The powers delegated by the proposed Constitution to the federal government are few and defined . . . [and to] be exercised principally on external objects, as war, peace, negotiation, and foreign commerce.”8 And later, in 1792, Madison asserted:  “If Congress can do whatever in their discretion can be done by money, and will promote the General Welfare, the Government is no longer a limited one, possessing enumerated powers, but an indefinite one, subject [only] to particular exceptions.”9  Today, almost two hundred years after the McCullough v. Maryland  ruling, it is evident that this decision has been used as a gateway power enabling Congress and the federal government to seize other powers.  Through the loose interpretation of the “necessary and proper clause” in the Constitution and precedent-setting decisions made by the Supreme Court, “…such questionable initiatives as Social Security, welfare, funding for the arts and humanities, establishing scientific and medical agencies [including Obamacare], and creating the Departments of Energy, Education, and Commerce”10 would be justified. 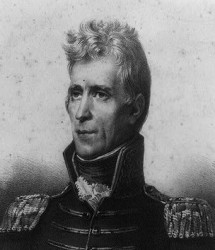 Andrew Jackson:  Andrew Jackson is commonly referred to as the father of the modern American Presidency; in many instances, we are still living with the negative practices started by Andrew Jackson.  His presidency started and institutionalized what is known as the spoils system.   The spoils system is “…the practice of filling appointive public offices with friends and supporters of the ruling political party”11 instead of hiring individuals based on their merit.  After Jackson was elected to office in 1829, he fired many federal employees and replaced them with his political supporters.  “Under the guise of reform, many offices were doled out as rewards for political services. Newspaper editors who had championed Jackson’s cause, some of them very unsavory characters, came in for special favor.”12  During his eight years in office, “Andrew Jackson had more totally consolidated power in the executive branch than any previous president…His adept use of the spoils system only created a large scale bureaucracy that further diminished states’ rights, overriding state prerogative with federal might.”10  A striking example of his use of the spoils system was his determination to eliminate the central Bank of the United States (BUS).  “The president did not intend to eliminate central banking entirely, but to replace one central bank with another…  Why was the current BUS corrupt? Because, in Jackson’s view, it was in the hands of the wrong people.”10  During this bank conflict, “Jackson told Van Buren, ‘The Bank is trying to kill me.  But I will kill it.” 10  Which he did.  Upon winning, he withdrew all federal dollars from the BUS and placed them in banks that had supported him politically. Overall, “the entire bank war was a stunning display of abuse of power by the chief executive and demonstrated a willingness by the president to flout the Constitution and convention in order to get his way.” 10  He also doubled federal expenditures from 26 million to 50 million and vetoed more legislation than all previous presidents combined.  Unfortunately for America, the worst aspects of the Jackson Administration have endured beyond his era to plague politics today.  Many of the precedents set by him would later be used to justify the New Deal under Franklin Delano Roosevelt and the Great Society under Lyndon B. Johnson.  All these groups viewed “…the federal government – and the executive branch especially – as the most desirable locus of national power.”10

As founding fathers of the progressive movement, Hamilton, Jackson and Marshall expanded federal powers beyond the original intent of the Constitution.  Initially, Hamilton gave birth to the idea of a loose interpretation of the Constitution, and then, as Chief Justice of the Supreme Court, Marshall endorsed by judicial decision Hamilton’s minority view.  Finally, Jackson implemented that power to expand the size and scope of the federal government.  Their influence in circumventing the limiting powers of the Constitution served to establish a foundation upon which incremental progressives would later build.  It is doubtful that these three men could have predicted with any specificity the enormous structures that would later be justified through the loose interpretation of the Constitution they initiated.  In fact, it is likely they would be mortified by the precarious state of our God-given liberties, which have been strangled by legislated “entitlements” constructed in their names.