NOTE: This is a reprint of an article written by Derrick G. Jeter

In the late eighteenth century, Georgia was America’s far-flung and backwoods colony. More of an appendix than a vital organ to the overall wellbeing of the original thirteen. Large in land, Georgia was puny in population—in 1787 it boasted of approximately 25,000 souls, while the city of Philadelphia boasted of 40,000 souls. But Georgia was growing, welcoming new citizens every year. In 1776, when the Declaration of Independence was signed, not one of the signers from Georgia was born there. And eleven years latter, when the Constitution of the United States was signed, none of the men representing the state originally hailed from the peach state. 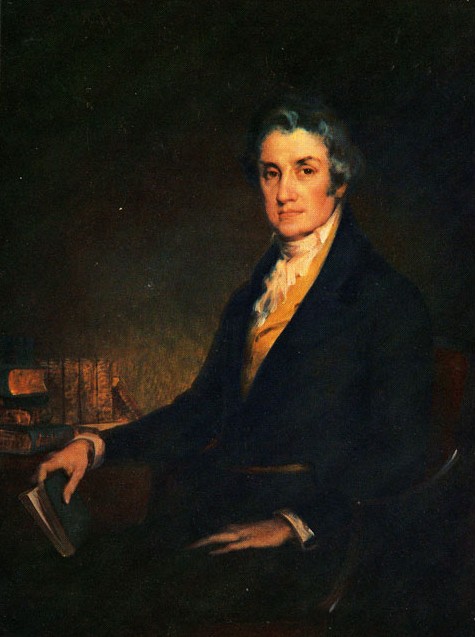 One of those men, Abraham Baldwin, had only lived in Georgia for three years before his neighbors sent him to Philadelphia to represent them at the Constitutional Convention.

Born on November 23, 1754, in Guilford, Connecticut to a self-educated and ambitious blacksmith. Feeling the want of his own education, Baldwin’s father wanted his twelve children—of who Abraham was the second—to have a formal education. To accomplish that feat, Baldwin’s father went into deep debt. For his part, Baldwin attended Yale at the age of thirteen and studied theology. After graduating in 1772, Baldwin stayed on and tutored other students. Then war broke out.

During the American Revolution, Baldwin served as a chaplain, spending a miserable winter preaching to Washington’s troops encamped at Morristown, New Jersey. When he wasn’t preaching and ministering to the army, Baldwin passed the time reading law books.

At war’s end, and his service as an army chaplain terminated, Yale offered Baldwin a professorship in theology. But instead of taking the prestigious and lucrative post at Yale, Baldwin decided to try for the bar. And once admitted to practice law, he set up shop in Connecticut. However, after a year, Baldwin decided to move south, to the sparsely populated state of Georgia.

Arriving in Georgia’s backwoods area of Augusta in 1784, Baldwin soon—very soon—distinguished himself with the locals. Within three months he was elected to the state’s legislature. And within a year, he became the first president of Franklin College, the predecessor of the University of Georgia. (The first and oldest stated chartered institution of higher learning.) He would serve as university president for six years, until 1801.

Georgians were so taken with Baldwin they sent him to New York, then the capitol of the country, to serve in the Continental Congress and to Philadelphia to represent them at the Constitutional Convention. He was thirty-two and one of only three of the conventions bachelors—the others included Nicholas Gilman of New Hampshire and Daniel St. Thomas Jenifer of Maryland.

As a delegate to the convention, Baldwin spoke little but served on four of the most important committees. But Baldwin’s great contribution to the Constitution came after the agreement determining that the make up of the House of Representatives would be based on the population of each state. That was a concession to the large states. Now, the small states wanted equal representation in the Senate. The motion was put forth by Oliver Ellsworth of Connecticut. It was June 30, 1787. Georgia, though small in population, often voted with the large states, believing the future growth of their state’s white and slave populations would soon result in a situation where proportional representation would be advantageous. But as the debate grew heated, Gunning Bedford of Delaware denounced his colleagues from the larger states. Seeing that nothing could be decided then, and fearing that the smaller states might abandon the convention, it was agreed to adjourn for the weekend. The convention would reconvene on Monday, July 2 and settle the question of representation in the Senate.

On Monday, when the gavel called the delegates to order, Baldwin’s fellow delegates William Pierce and William Few had left Philadelphia to attend to congressional business in New York. After the debate, George Washington, president of the convention, called for the vote. Beginning with the northern states and moving south, by the time the secretary reached Georgia, the vote was tied: five states in favor of equal senatorial representation and five states in favor of proportional senatorial representation. William Houstoun, Baldwin’s fellow Georgian, voted nay—in favor of the large state’s proportional proposition. All eyes turned to Baldwin—the well educated Yankee from Yale and son of debt-ridden blacksmith.

Baldwin’s vote deadlocked Georgia and the convention. “We are now at full stop,” is how Roger Sherman summarized the situation. The delegates decided to form a committee, of which Baldwin was a member, to discuss the deadlock and see if some compromise could be achieved. Fortunately, the Grand Committee, as it was called, reached a deal that was acceptable to the larger convention. The small states would get their way in regard to representation in the Senate—each state could appoint two senators, regardless of population.

After the Constitution was ratified, Baldwin was elected one of Georgia’s first representatives to the House. And then in 1788, he was appointed to the committee to help James Madison draft the Bill of Rights. In 1798 and 1804 the state legislature appointed him as one of Georgia’s United States senators. Sadly, however, Baldwin didn’t finish his second term. Struck by a mysterious illness, Baldwin lay dying at his sister’s home in Washington, D.C. On the eighth day of his illness he passed peacefully out of this world. He was fifty-three.

Baldwin was originally buried on the grounds of his sister’s estate. Later, his body was moved to a cemetery in downtown Washington, D.C.

For all he accomplished in his short life, it was his founding and management of the University of Georgia that was remembered at his death and today. A eulogy reprinted in two Georgia papers, originally from a Washington paper, remembered Baldwin this way: “He originated the plan of The University of Georgia, drew up the charter, and with infinite labor and patience, in vanquishing all sorts of prejudices and removing every obstruction, he persuaded the assembly to adopt it.”